An exhibition was organised by two artists, Ryosuke Suzuki and me, at Omote-sando Gallery in Tokyo, Japan in 2006.  The two artists did not know each other well just before the exhibition.  They sought things in common and interests to make some links between them towards the exhibition to be a successful one. Their work seemed to have some similarities and themes for the creation process, although they acknowledged their features, so they needed to perceive a difference what it was. The process done in the seeking was also contributed for each creation process.

These images are from the exhibition curated by Akihiko Takami at Omotesando-garo Gallery, Tokyo in 2006. 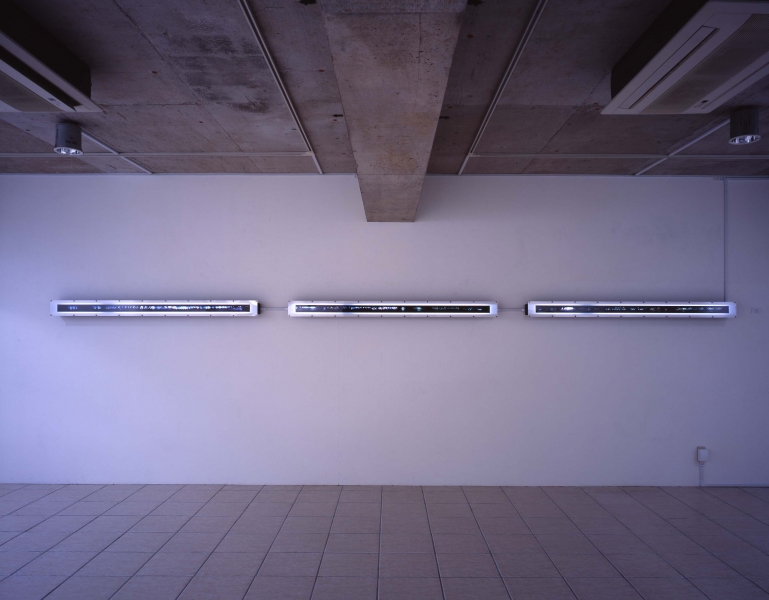 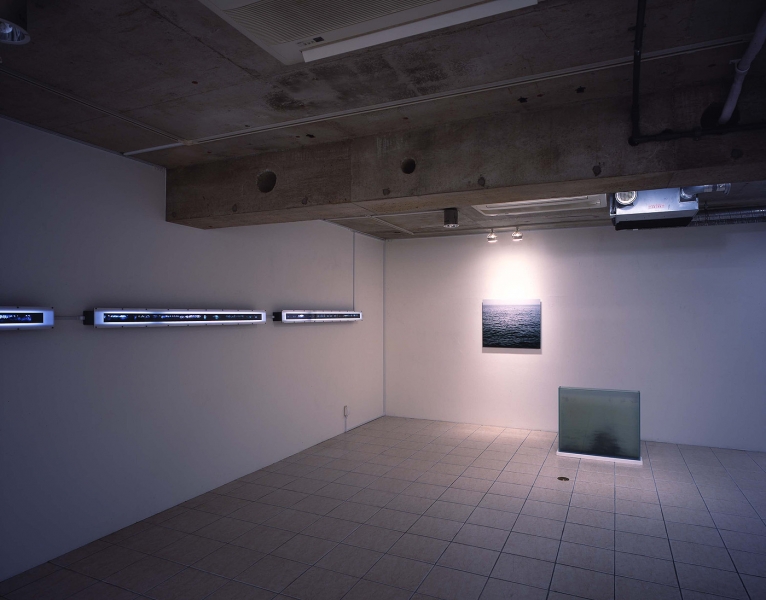 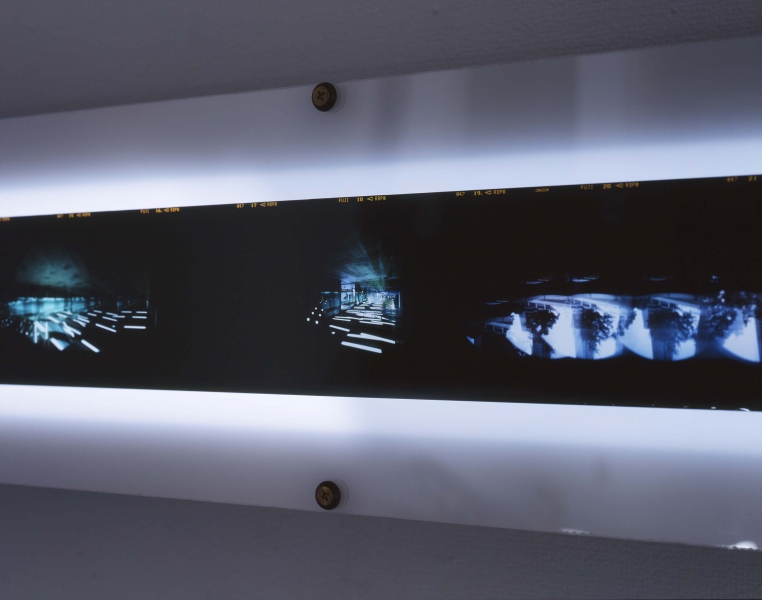 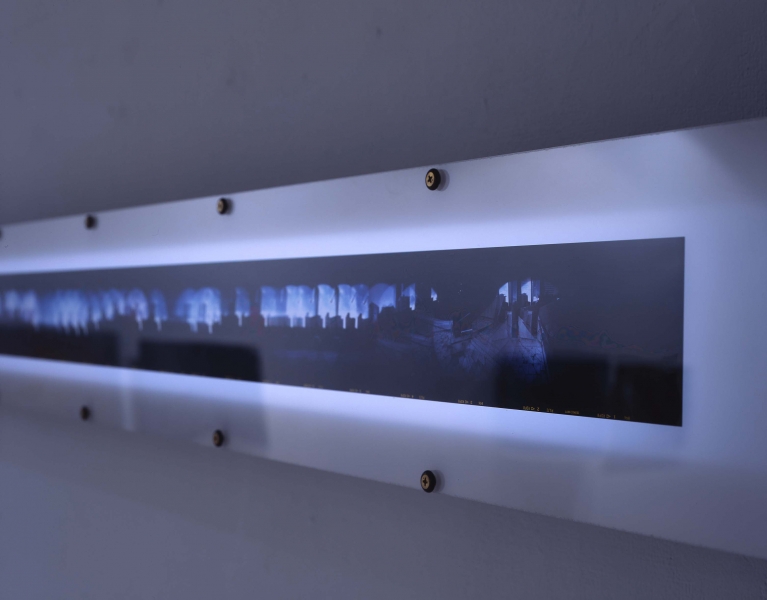 I modified a film camera to make it as a pinhole camera in which I captured pinhole images on film. The diameter of the pinhole camera was approximately 0.4 mm that sharply projected an image circle on the film to be exposed and fixed. Each film slip was displayed on a light box that showed a series of captured circle image in a row as images above reveals. It resembles the passage of time as the essential factor of photography.